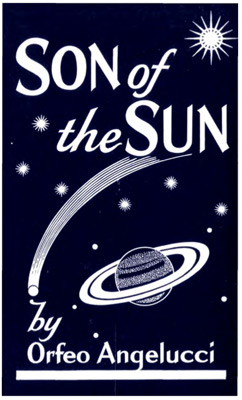 One of the wilder stories told in Mirage Men is that of former Agency for International Development translator Bosco Nedelcovic.

Nedelcovic claimed that in 1957 he took part in a CIA operation to conduct tests on a Brazilian Farmer, Antonio Villas Boas, who later reported that he had been kidnapped and sexually engaged by humanoid extraterrestrials. According to Nedelcovic, who died in 1999, these tests involved experimental drugs and psychological manipulation.

Contentious stuff , though firmly within the parameters of what the CIA and the Army’s Special Operations Division were doing in the USA and other countries at the time. [Recently-revealed syphillis experiments in Guatemala in the 1940s only reiterate this point].

I was recently a guest on The Paracast radio show, whose host, Gene Steinberg, said that 1950s UFO contactee Howard Menger had personally told him that his own ‘contact’ experiences had been part of a deception operation conducted by the US Army. (I’d originally planned to include this statement in Mirage Men, until another UFO researcher who knew Menger, Timothy Green Beckley, told me that he had later retracted it.)

Meanwhile, on the same programme, author and researcher Nick Redfern pointed me to an intriguing episode from contactee Orfeo Angelucci’s second book, Son of the Sun (1959)…

Angelucci – ‘Orpheus of the Angels’ who features in Carl Jung’s classic book Flying Saucers – was an employee at Lockheed aviation beginning in April 1952, working on parts for the F-94C and F-94B Starfire jet aircraft. A month after starting at Lockheed, Angelucci claims to have met Neptune, a handsome humanoid flying saucer pilot who, over the next few months, told him the secrets of life, the universe and everything. Neptune also warned him of the perils of Communism:

Communism, Earth’s present fundamental enemy, masks beneath its banner the spearhead of the united forces of evil ( from Angelucci’s Secrets of the Saucers [1955]).

These views were very much at odds with the opinions of the more famous George Adamski, who also met a blonde saucer man in 1952. Adamski harboured unashamed Communist leanings and spoke out regularly against American imperialism, leading to an investigation by the FBI. Following 1950s UFO-sceptic Leon Davidson, in Mirage Men I ask whether Adamski’s later contacts may have been of the Intelligence kind: his besuited, black limo-driving humanoid aliens fed George strange drinks then showed him films projected onto screens inside their ‘spaceships’ while asking about life on Earth and lecturing him about intergalactic morality. But I was unaware that in Son of the Sun Angelucci explicitly describes what sounds today like being drugged by his alien friends.

In late 1954 Angelucci visited Tiny’s Diner in Twentynine Palms, home to a US Marine training base, in California’s Mojave Desert. Here he met Adam, a humanoid alien he had not encountered before: ‘So strikingly handsome… that if beheld but once for only a few seconds in a crowd, an indelible impression of his countenance would be imbedded in the memory.’

Adam appears to know Orfeo and, after ordering a sizzling steak dinner, offers to turn his new friend’s glass of water into a rare champagne by means of an effervescent white pellet that he drops into the glass. Nowadays we might be a little more circumspect than to accept spiked drinks from strangers, but Orfeo gladly accepts the glass and gulps the fizz down, immediately recognising it as the liquid ‘nectar’  given to him on previous meetings with the Space Beings, documented in his first book Secrets of the Saucers.

What Angelucci describes next sounds like a classic, benevolent psychedelic experience:

I thrilled from head to foot as I took the glass, lifted it to my lips, and swallowed twice from it. At that instant I entered, with Adam, into a more exalted state and everything around me took on a different semblance. No longer was I in Tiny’s cafe in Twentynine Palms. It had been transformed into a cozy retreat on some radiant star system. Though everything remained in its same position, added beauty and meaning were given to the things and people present there.

While it would be naive to treat the writings of a man who claims to have had multiple contacts with space beings as entirely unenhanced autobiography, I can’t help but wonder whether the alien visitation beliefs of Angelucci and others were being exploited, or even generated, by people working in one or other clandestine branches of the military or intelligence organisations. Perhaps the US Army’s Special Operations Division, which began experimenting with hallucinogens and chemical warfare in the 1940s, or the CIA, whose infamous MK-ULTRA programme, beginning in 1953 (with antecedents like Chatter, Bluebird and Artichoke operating from 1947) explored the use of drugs, hypnosis and radiation as tools for mind control.

So how’s this for a temporary working hypothesis? Adamski and others were claiming alien contacts and espousing anti-American beliefs. Meanwhile Orfeo Angelucci and fellow contactee George Van Tassell, both employed at one of the US’s most advanced aircraft development plants, also claimed contacts with space beings. Angelucci, as it happens, had previously sparked a police hunt after launching balloons containing the aspergillus clavatus mould, a fact sure to have drawn the FBI’s attentions.  Were Angelucci and Van Tassell given some kind of hallucinogen, deployed as a ‘truth drug’ to quiz them about possible Communist or Soviet sympathies and, perhaps to pump them full of extraterrestrial anti-Commie rhetoric for good measure?

Or perhaps Van Tassell and Angelucci were reporting genuinely anomalous experiences – or even contacts with Soviet agents disguised as space beings – and were drugged and checked out to assess whether they were lying or held subversive tendencies? There are multiple possible scenarios, including of course, that Adamski, Menger, Van Tassell, Angelucci and the rest simply made up or fantasised all their contacts with the Space Beings.

I’m now on the lookout for references to hallucinogens being deployed in the form of effervescent pills. Or was this may a cunning sleight-of-hand on behalf of Adam, having already slipped something else into Angelucci’s drink? To be continued, no doubt…

Meanwhile listen to The Paracast or read more about the wonderful world of the Space Brothers in Nick Redfern’s book Contactees.