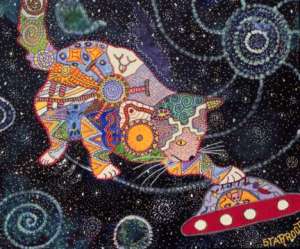 The Strange Story of Sally Hartman : a sad 1950s tale of the CIA-out-of-control, LSD and… UFOs.

In Mirage Men I touch upon the possibility that some early UFO encounters, particularly the case of Antonio Villas Boas, ‘Abductee Zero’, and perhaps some of the contactees, were connected to MKULTRA and similar programmes research drugs and mind control.

Reading HP Albarelli’s A Terrible Mistake, from which this is extracted, I wonder if one day documentation to this effect might not bubble up from the depths of the intelligence archives. That said,  by all accounts those involved were rigourously careful not to leave a paper trail, and almost everything that did exist was ordered destroyed by Richard Helms in the early 1970s. Until then the connection between UFOs and MKULTRA will just have to remain an intriguing possibility.

On one or two occasions, she felt that she had fallen into a “strange state, like sleepwalking while awake,” and once, while on the West Coast for work, she woke up in a hotel room “unsure of where I’d been for the last twenty-four hours.” She said, “I recalled getting unto a hotel elevator and there was a group of people already in it and someone nodded and said something and that was it. Later, I thought I remembered waking up in my room and finding someone standing there looking at me, telling me everything was just fine, not to worry about a thing…. I think it was a man who looked Asian … I don’t remember any more than that.”

On the same trip to the West Coast, Sally met a middle-aged woman in a restaurant who told her that she had had an encounter with a UFO the previous month while hiking near Sausalito. The woman remarked that, after this encounter, she had experienced strange blackouts and incidents of missing time.

From Truthout, via UFO Mystic

Author of 'Mirage Men' & 'Far Out' and publisher/editor at Strange Attractor Press.
View all posts by Mark →
This entry was posted in Deception, Mirage Men Book. Bookmark the permalink.